The ACM A.M. Turing Award is an annual prize given by the Association for Computing Machinery (ACM) to “an individual selected for contributions of a technical nature made to the computing community”. It is stipulated that the contributions “should be of lasting and major technical importance to the computer field”.

According to the Nobel Foundation: “The Nobel Prizes, as designated in the Will of Alfred Nobel, are in physics, chemistry, physiology or medicine, literature, and peace. so, there was no Nobel for Computer Science.

The Turing Award is generally recognized as the highest distinction in computer science and the “Nobel Prize of computing“. 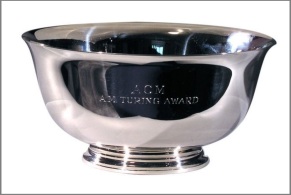 The award is named after Alan Turing, a British mathematician and reader in mathematics at the University of Manchester. Turing is often credited as being the key founder of theoretical computer science and artificial intelligence.

Since 2014, the award has been accompanied by a prize of US $1 million, with financial support provided by Google Inc.

The first recipient, in 1966, was Alan Perlis, of Carnegie Mellon University.

The first female recipient was Frances E. Allen of IBM in 2006.

Dabbala Rajagopal “Raj” Reddy is an Indian-American computer scientist is the first person of Asian origin to receive the Turing Award, in 1994, for his work in the field of Artificial Intelligence.

ACM named Sir Tim Berners-Lee, a Professor at Massachusetts Institute of Technology and the University of Oxford, the recipient of the 2016 ACM A.M. Turing Award. 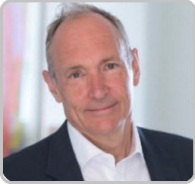 Berners-Lee was cited for inventing the World Wide Web, the first web browser, and the fundamental protocols and algorithms allowing the Web to scale. Considered one of the most influential computing innovations in history, the World Wide Web is the primary tool used by billions of people every day to communicate, access information, engage in commerce, and perform many other important activities.

“The idea of a web of knowledge originated in a brilliant 1945 essay by Vannevar Bush. Over the next decades, several pieces of the puzzle came together: hypertext, the Internet, personal computing. But the explosive growth of the Web started when Tim Berners-Lee proposed a unified user interface to all types of information supported by a new transport protocol. This was a significant inflection point, setting the stage for everyone in the world, from high schoolers to corporations, to independently build their Web presences and collectively create the wonderful World Wide Web.”

Berners-Lee invented several integrated tools that would underpin the World Wide Web, including:

Berners-Lee launched the world’s first website, http://info.cern.ch, on August 6, 1991. which can still be visited today even after more than two decades of its creation.

In short, the Web is what it is today because of Sir Tim’s brilliant design, based on his synthesis of several key ideas and his technical leadership. The ACM recognizes Sir Tim with the Turing Award for this enduring contribution to the computing community.

ACM will present the 2016 A.M. Turing Award at its annual Awards Banquet on June 24 in San Francisco, California.