HOW DO YOU remotely hack a computer that is not connected to the internet? Most of the time you can’t, which is why so-called air-gapped computers are considered more secure than others.

The name arises from the technique of creating a network that is physically separated (with a conceptual air gap) from all other networks.

Air gaps generally are implemented where the system or network requires extra security, such as classified military networks, the payment networks that process credit and debit card transactions for retailers, or industrial control systems that operate critical infrastructure. To maintain security, payment and industrial control systems should only be on internal networks that are not connected to the company’s business network, thus preventing intruders from entering the corporate network through the internet and working their way to sensitive systems.

A true air gap means the machine or network is physically isolated from the internet, and data can only pass to it via a USB flash drive, other removable media, or a firewire connecting two computers directly. But many companies insist that a network or system is sufficiently air-gapped even if it is only separated from other computers or networks by a software firewall. Such firewalls, however, can be breached if the code has security holes or if the firewalls are configured insecurely.

Although air-gapped systems were believed to be more secure in the past, since they required an attacker to have physical access to breach them, recent attacks involving malware that spread via infected USB flash drives have shown the lie to this belief. One of the most famous cases involving the infection of an air-gapped system is Stuxnet, the virus/worm designed to sabotage centrifuges used at a uranium enrichment plant in Iran. Computer systems controlling the centrifuges were air-gapped, so the attackers designed Stuxnet to spread surreptitiously via USB flash drives. Outside contractors responsible for programming the systems in Iran were infected first and then became unwitting carriers for the malware when they brought their laptops into the plant and transferred data to the air-gapped systems with a flash drive. 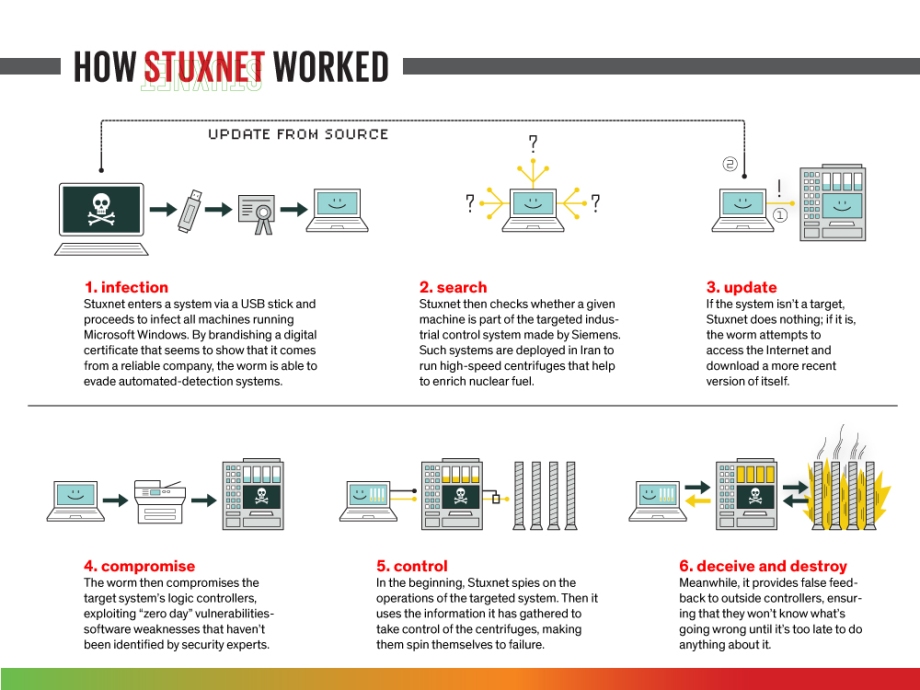 The techniques of hacking air gap computers include:

Researchers in Israel showed how they could siphon data from an air-gapped machine using radio frequency signals and a nearby mobile phone. The proof-of-concept hack involves radio signals generated and transmitted by an infected machine’s video card, which are used to send passwords and other data over the air to the FM radio receiver in a mobile phone.

The method is more than just a concept, however, to the NSA. The spy agency has reportedly been using a more sophisticated version of this technique for years to siphon data from air-gapped machines in Iran and elsewhere. Using an NSA hardware implant called the Cottonmouth-I, which comes with a tiny embedded transceiver, the spy agency can extract data from targeted systems via RF signals and transmit it to a briefcase-sized NSA relay station up to eight miles away.

Elliptic Curve Cryptography is a robust key exchange algorithm that is most widely used in everything from securing websites to messages with Transport Layer Security (TLS).