The HTTP-over-QUIC experimental protocol will be renamed to HTTP/3 and is expected to become the third official version of the HTTP protocol, officials at the Internet Engineering Task Force (IETF) have revealed.

This will become the second Google-developed experimental technology to become an official HTTP protocol upgrade after Google’s SPDY technology became the base of HTTP/2.

HTTP-over-QUIC is a rewrite of the HTTP protocol that uses Google’s QUIC instead of TCP (Transmission Control Protocol) as its base technology. 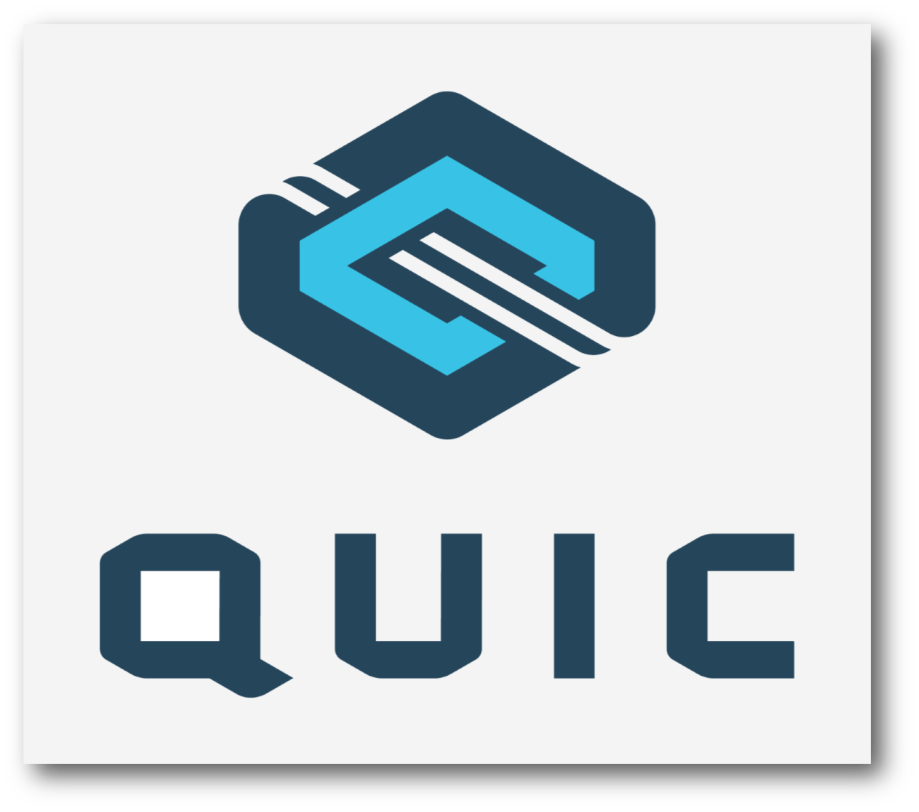 QUIC stands for “Quick UDP Internet Connections” and is, itself, Google’s attempt at rewriting the TCP protocol as an improved technology that combines HTTP/2, TCP, UDP, and TLS (for encryption), among many other things.

In the subsequent discussions that followed and stretched over several days, Nottingham’s proposal was accepted by fellow IETF members, who gave their official seal of approval that HTTP-over-QUIC becomes HTTP/3, the next major iteration of the HTTP protocol, the technology that underpins today’s World Wide Web.

According to web statistics portal W3Techs, as of November 2018, 31.2 percent of the top 10 million websites support HTTP/2, while only 1.2 percent support QUIC.

QUIC (Quick UDP Internet Connections) is a new transport protocol for the internet, developed by Google.

QUIC solves a number of transport-layer and application-layer problems experienced by modern web applications while requiring little or no change from application writers. QUIC is very similar to TCP+TLS+HTTP2 but implemented on top of UDP. Having QUIC as a self-contained protocol allows innovations which aren’t possible with existing protocols as they are hampered by legacy clients and middleboxes.

Key advantages of QUIC over TCP+TLS+HTTP2 include:

QUIC handshakes frequently require zero roundtrips before sending a payload, as compared to 1-3 roundtrips for TCP+TLS.

The first time a QUIC client connects to a server, the client must perform a 1-roundtrip handshake in order to acquire the necessary information to complete the handshake. The client sends an inchoate (empty) client hello (CHLO), the server sends a rejection (REJ) with the information the client needs to make forward progress, including the source address token and the server’s certificates. The next time the client sends a CHLO, it can use the cached credentials from the previous connection to immediately send encrypted requests to the server. 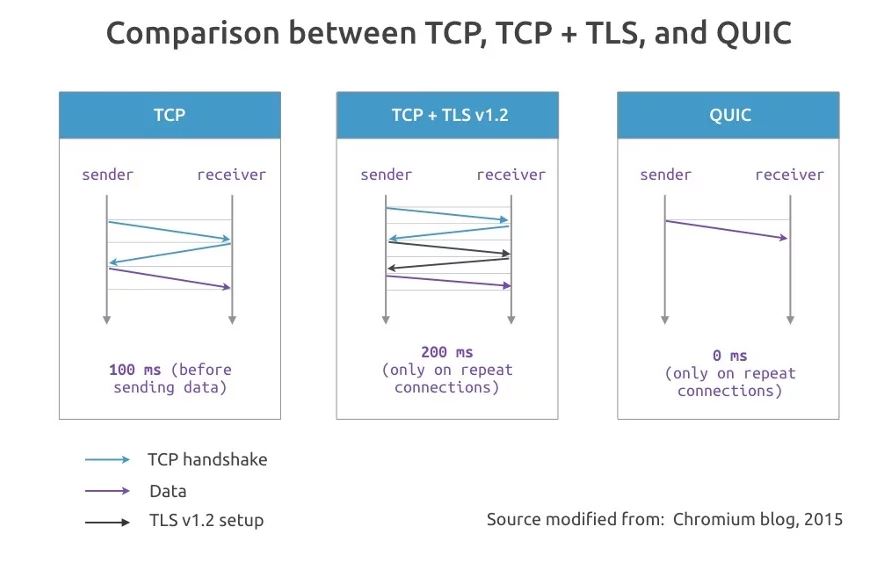 One example of richer information is that each packet, both original and retransmitted, carries a new sequence number. This allows a QUIC sender to distinguish ACKs for retransmissions from ACKs for originals and avoids TCP’s retransmission ambiguity problem. QUIC ACKs also explicitly carry the delay between the receipt of a packet and its acknowledgment being sent, and together with the monotonically-increasing sequence numbers.  This allows for precise roundtrip-time calculation.

Finally, QUIC’s ACK frames support up to 256 NACK ranges, so QUIC is more resilient to reordering than TCP (with SACK), as well as able to keep more bytes on the wire when there is reordering or loss. Both client and server have a more accurate picture of which packets the peer has received.

One of the larger issues with HTTP2 on top of TCP is the issue of head-of-line blocking. The application sees a TCP connection as a stream of bytes. When a TCP packet is lost, no streams on that HTTP2 connection can make forward progress until the packet is retransmitted and received by the far side – not even when the packets with data for these streams have arrived and are waiting in a buffer.

Because QUIC is designed from the ground up for multiplexed operation, lost packets carrying data for an individual stream generally only impact that specific stream. Each stream frame can be immediately dispatched to that stream on arrival, so streams without loss can continue to be reassembled and make forward progress in the application.

QUIC connections are identified by a 64-bit connection ID, randomly generated by the client. In contrast, TCP connections are identified by a 4-tuple of source address, source port, destination address, and destination port. This means that if a client changes IP addresses (for example, by moving out of Wi-Fi range and switching over to cellular) or ports (if a NAT box loses and rebinds the port association), any active TCP connections are no longer valid. When a QUIC client changes IP addresses, it can continue to use the old connection ID from the new IP address without interrupting any in-flight requests.

For a detailed explanation, read the book: HTTP/3 Explained by Daniel Stenberg

HTTP/3 explained is a free and open booklet describing the HTTP/3 and QUIC protocols.